Since 2011, perhaps no other political figures in Wisconsin have shaped politics so dramatically in the state and the nation than the Wisconsin Gang of Four, Governor Scott Walker, Congressman and Speaker of the U.S. House of Representative, Paul Ryan, Republican National Committee Chair, Reince Priebus, and U.S. Senator Ron Johnson. Each in their own right have had a strong impact in politics, legislative action, and in the media. In 2016 Presidential season, their collective influence is on the main stage and throughout social media outlets.

Taken as a group, each political figure staunchly upholds the GOP party platform of less government and taxes, no gun controls, less regulation, reduced litigation, pro-life, less entitlements, strict voter ID laws, and a strong military. This Gang of Four have shaped the political environment in Wisconsin, and their influence travels through Washington, D.C. and the rest of the country.

The Center for Media and Democracy proclaimed “Walker’s Wisconsin” as a Laboratory for Oligarchs.  The assertion is this “laboratory” is intended to test the theories and policies developed by the ALEC, American Legislative Exchange Council, an organization known for developing model legislative bills introduced into state legislation, word for word. Some of these guiding bills helped Scott Walker eliminate collective bargaining and Civil Service rules, decrease regulation of the state’s Department of Natural Resources, caused cuts to public elementary and higher education while providing tax dollars to private voucher schools. This legislation is poised to further shape Wisconsin into a “state of libertarian rights.”   As Dan Kaufman titled his New York Times editorial, “The Destruction of Progressive Wisconsin,” many are wondering why so much legislation is being passed, much of it the public didn’t even ask for.

Many people outside Wisconsin have questioned how the state voters have allowed Scott Walker to stay in office. Certainly with the historic protests of 2011, and nearly 1 million recall signatures against Governor Walker would have caused his quick exit from state politics. There reasons to explain this. First, Wisconsin saw an enormous influx of outside campaign dollars thanks to Citizens United, which helped the GOP take total control of the state’s Assembly and Senate. The majority of the Wisconsin Supreme Court were supported by the GOP, and external right-leaning super PAC’s.  In addition, Scott Walker has appointed GOP-friendly appointees to the Wisconsin Board of Regents which in turn have moved towards removing tenure, freezing tuition all while cutting the budgets of public higher education.  In fact when Governor Walker first nominated a student representative to the Board of Regents, he quickly reversed his decision when realizing the student had signed the recall petition against him. The student later said he signed the recall to support his mother, who happens to be a teacher. For Governor Walker, it appears retribution is one of his most powerful weapons.

Within Wisconsin, it’s apparent to see the power the GOP can wield while shaping the direction of the state. When a party has total control, and has shaped voting districts to benefit the ruling class of legislatures, there cannot be much of a dissenting view.

After a short Presidential run for 2016, Scott Walker 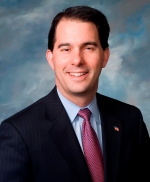 came back to a state less enamored with his original platform. His approval rating has slumped to 38%. According to a recent story in the Milwaukee Journal Sentinel, Wisconsin’s childhood poverty level has reached a 30 year high from 2010-2014.The Gang from Wisconsin includes four critical legislative players.

Wisconsin Senator Ron Johnson, who is currently trailing challenger Russ Feingold as they head into a fall election. He is being criticized for actively supporting obstructing President Obama’s intent to nominate a Supreme Court replacement for Anton Scalia, which pushing the GOP agenda in Washington. National Republican Party Chair Reince Prebis,

is being questioned why he did not take Donald Trump more seriously early in the primary schedule, and work to remove him from significance.  An internal GOP war has broken out attempting to derail Trump’s march towards the party’s Presidential nomination. And there is Speaker of the House,

Paul Ryan, a U.S. Representative from Wisconsin’s 1st Congressional District since 1999.  A failed running mate of Mitt Romney in 2012, Ryan now is playing mediator to the remaining GOP presidential hopefuls while simultaneously criticizing Donald Trump for is actions and policies.

For all the political upheaval in Wisconsin, this Gang of Four is taken the national center stage in a year of political turmoil throughout the country. A war is being waged between the traditional Republican establishment, Washington outsiders, and an electorate swinging far, far to the right.  The GOP experiment in Wisconsin may be headed towards the same fate as the disastrous budget experiment of Kansas Governor, Sam Brownback.  Once touting a conservative-style government to bring economic progress to Kansas through trickle-down economics, the state budget has resulted in massive revenue shortfalls, downgraded bond ratings, and additional cuts to education. Sounds like a familiar story in Wisconsin.

As spring comes to the Midwest, and the political environment heats up, perhaps it is a good time to reflect upon the impact and influence of Wisconsin’s Gang of Four, and remember what happened in the Kansas experiment. If this experiment has gone terribly wrong, perhaps it’s time for votes to give out failing grades to the GOP-led legislators in Wisconsin. Hopefully we are not in Kansas anymore, or are we?  The hope is April’s Wisconsin primary may provide the insight people have been waiting for. 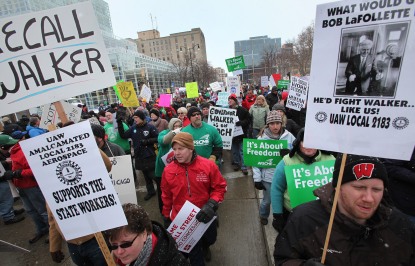 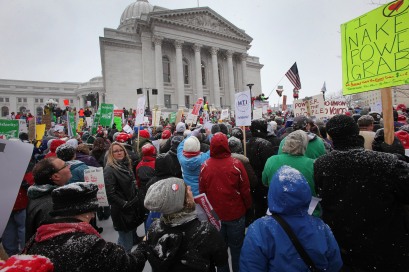 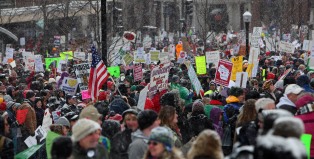 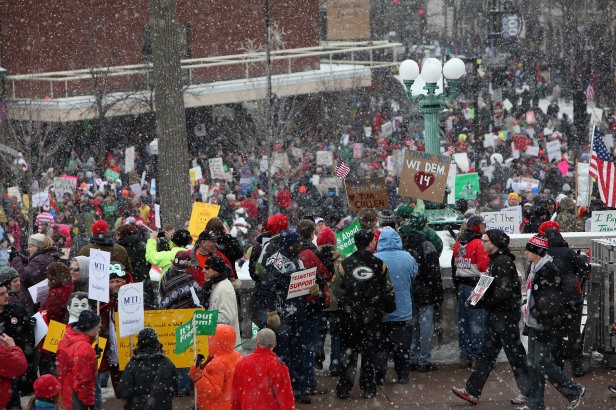